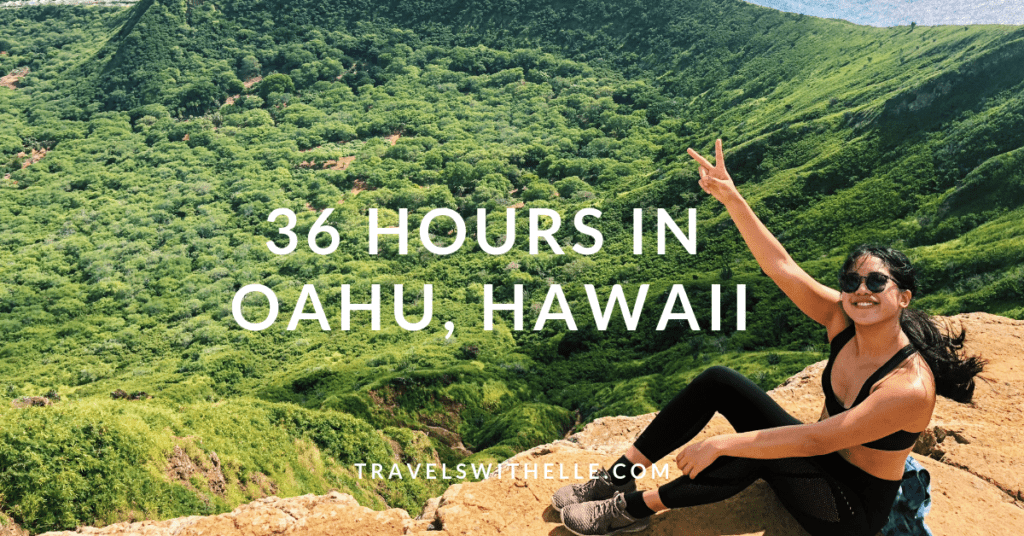 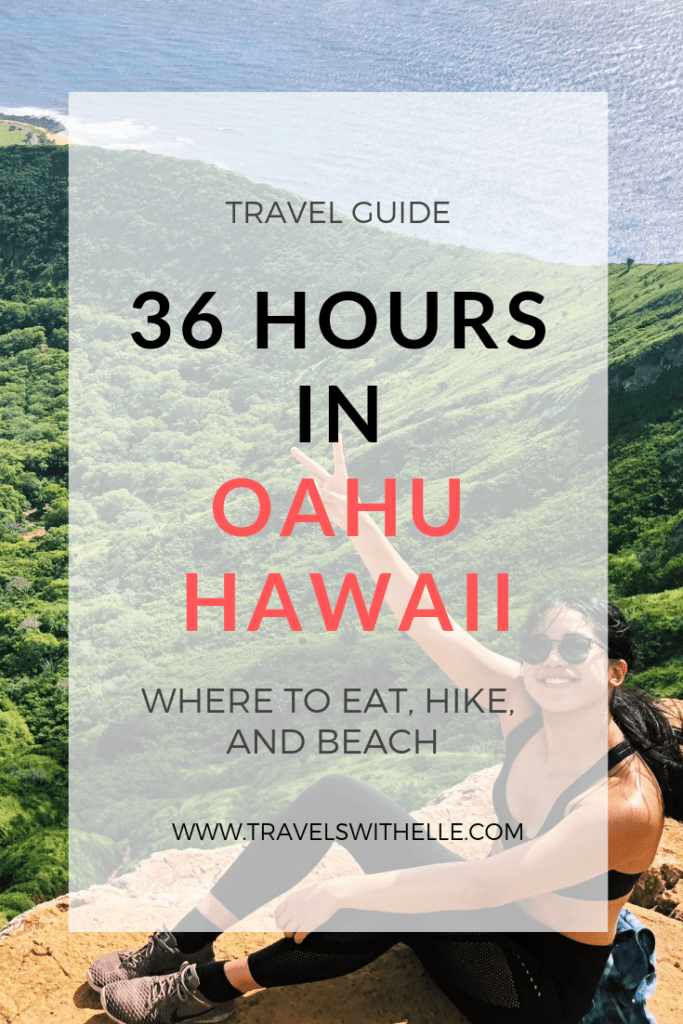 I recently took a trip to Oahu and spent a total of about 36 hours there. Of course, we had to hit up as many of the highlights as we could, weather permitting. We got 1 hike in and spent the rest of the time eating for the most part. Follow my itinerary below for 1.5 days of super-ono food consumption heaven!

Because there was rain in the forecast, we didn’t venture out to the east side of the island (which is actually my favorite!). The itinerary below is for the most part clustered on the western shore, so it’s very easy to knock them all out in a day or two. Consider checking out some of the hikes and restaurants I did as part of your West Shore adventure!

10pm: Land in HNL, pick up rental car. Check in to the hostel.

The car lady asked where all of our luggage was, because no one goes to Hawaii with just a weekender bag in hand. Because we had no luggage, she offered us a “cute” convertible or a Prius. We chose the Prius (more leg room!). Because we had gotten in so late, to save on costs, we stayed at the Hostelling International Honolulu for one night, which had single-sex dorms and a double room option.

A Hawaiian staple; had to do it! I got the Korean fried chicken plate, my friend got the chili and fried chicken plate. For fast food, this was pretty amazing. I could envision many drunken nights ending with a huge platter of meat, rice, chili, and mac salad. If we had a Zippy’s on the mainland, why would there be any use for McDonald’s or Burger King any more?

Tip: get the Korean fried chicken and the chili. I don’t like chili, but this… is something else. 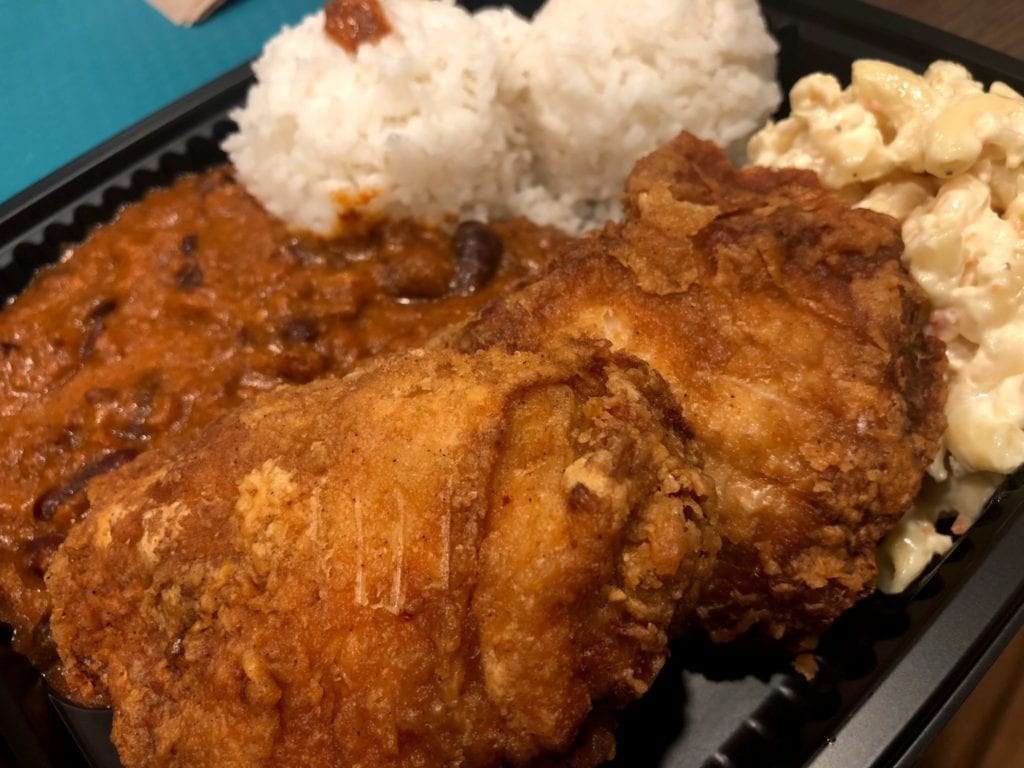 The hostel room I was in was so terrible. I heard every single flush from the bathroom next door. And these were those industrial sounding, public bathroom toilets, meaning they were extremely loud. I may have slept an hour. If you decide to stay here, ask for the rooms on the second floor, not directly below the hallway.

7am: Hang out, drink coffee.

My friend and I hung out as we were both jet-lagged and couldn’t sleep anymore. We enjoyed some Kona coffee provided by the hostel, packed up our stuff, and headed out to begin our adventure of a day!

Malasadas stuffed with haupia. That’s all I need to say. My friend and I shared a few other flavors of the malasadas so that we could taste them all, including chocolate pudding, guava, the plain one, and haupia. We also got a slice of the butter mochi. I’d highly recommend the butter mochi, the haupia malasada, and the plain malasada which is what they’re known for.

No matter how fit you are, Koko Head will have you huffing and puffing, dripping with sweat. Since I had just come back from Europe after completing the Tour du Mont Blanc where I trekked mountains 10 days in a row, this hike really wasn’t bad. The views are absolutely amazing on a clear day. It was windy at the top once you get over the ridge, which is just what we needed, seeing as how the sun was blistering hot that day. 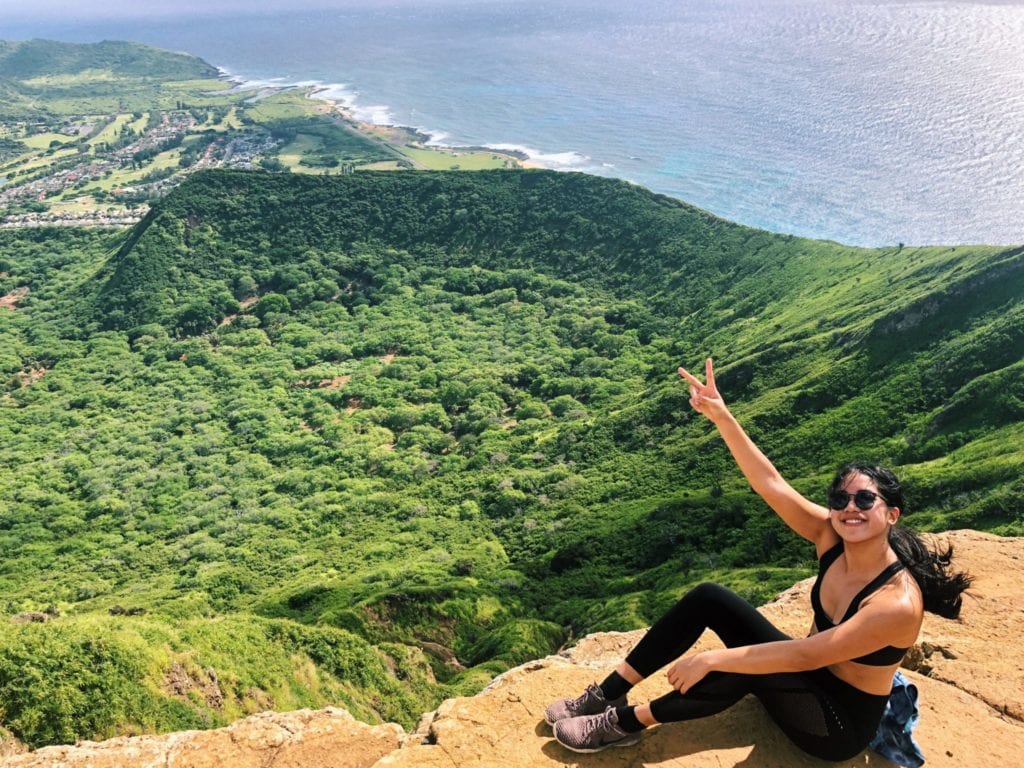 What is Koko Head? Basically, the Koko Crater Trail is a Stair Master workout all the way up the 1000+ stairs, with a rewarding panoramic view up top. As challenging as it sounds, hiking the Koko Head trail is super fun as people passing each other are continuously motivating or complaining to each other. It’s pretty, entertaining, and a very popular hike on Oahu. Highly recommended if you’re going to be spending any amount of time in HI.

Read More: The Packing List for Hawaii and Other Tropical Beach Destinations

Wow, that hike took a lot less time than we had anticipated. We even took our time stretching after and changing into bathing suits and prancing in the grass. Well, I did. It’s 11am now, are Korean restaurants even open?

They were! And let me tell you, the meat jun is not to be missed here. We got a combo plate of poke, meat jun, and rice. Holy moly was this amazing. I was gushing to the owner about how delicious our plate was, and she said their meat jun was the best on the island. I have no idea if that’s true or not, but I certainly believed it by the taste of the food. Next time, we want to go back and try the $30 plate of sashimi. It is a seafood restaurant after all! 100% would recommend. 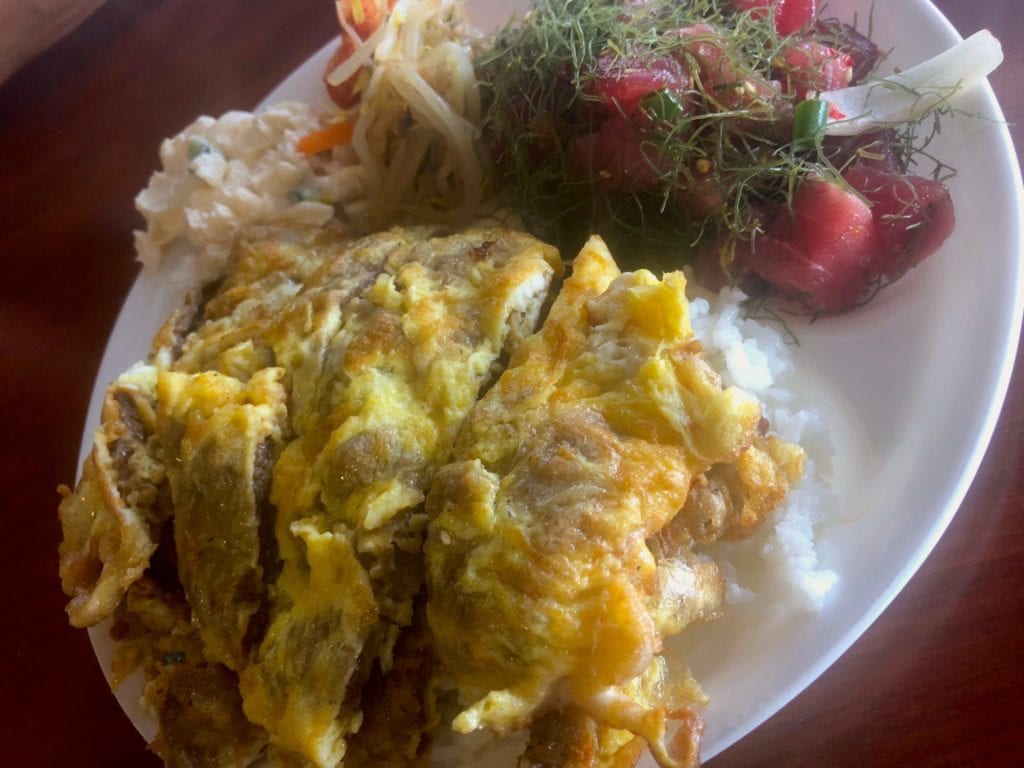 I was bummed about the extremely ominous clouds looming over the valley, over the East side, and likely over Lanikai Beach, so we decided to beach on the West side, where there wasn’t a cloud in sight. That’s Hawaii weather for you. Queen’s beach was okay, there wasn’t a lot of room to go deeper into the water because of the rocks. At least it was better than that overcrowded man-made kiddie pool beach in Waikiki. This beach did the job, but I think there are way better options out there. On the plus side, there was a large grass area speckled with huge trees providing ample shade, which is rare for beaches. I think I would come back here to picnic, read a book under the trees, people watch, or eat at the cafe connected to the beach.

If I were to recommend a beach on Oahu, I would hands-down choose Lanikai Beach or Kailua Beach. Super fine white sands, no rocks in the water to scratch you up, turquoise smooth waters. 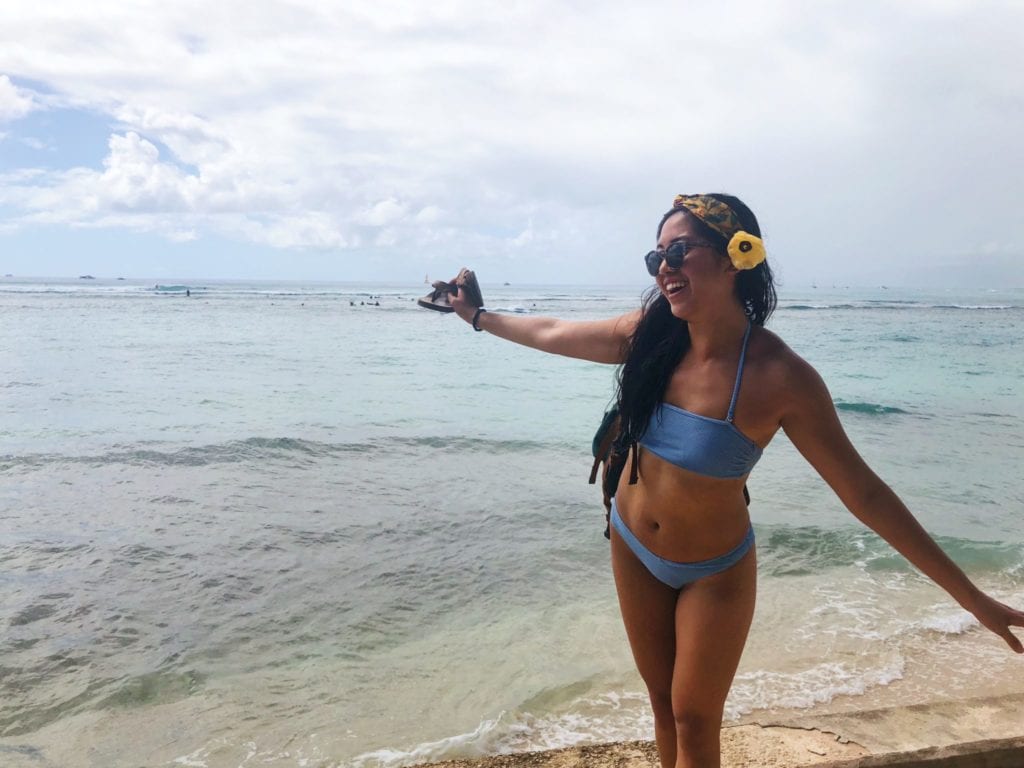 At this point, going off 1 hour of sleep, I am tired. We decided to walk around the Waikiki area, grab some coffee, and hunt for island house slippers at the ABC Stores. Kai Coffee had this extremely delightful and creamy macadamia nut latte. Get it hot… even though it’s already hot outside. You know what, it’s probably delicious cold as well.

No luck with the slippers, the only place we spotted these slippers was at the Don Quixote supermarket (a Japanese market, like a Walmart, but with tons of pre-made Japanese / Hawaiian / Korean food as well. I highly recommend you guys check out as an alternative to Foodland or ABC Store. To save some money, buy your souvenirs, coffee beans, and snacks to bring home here!) 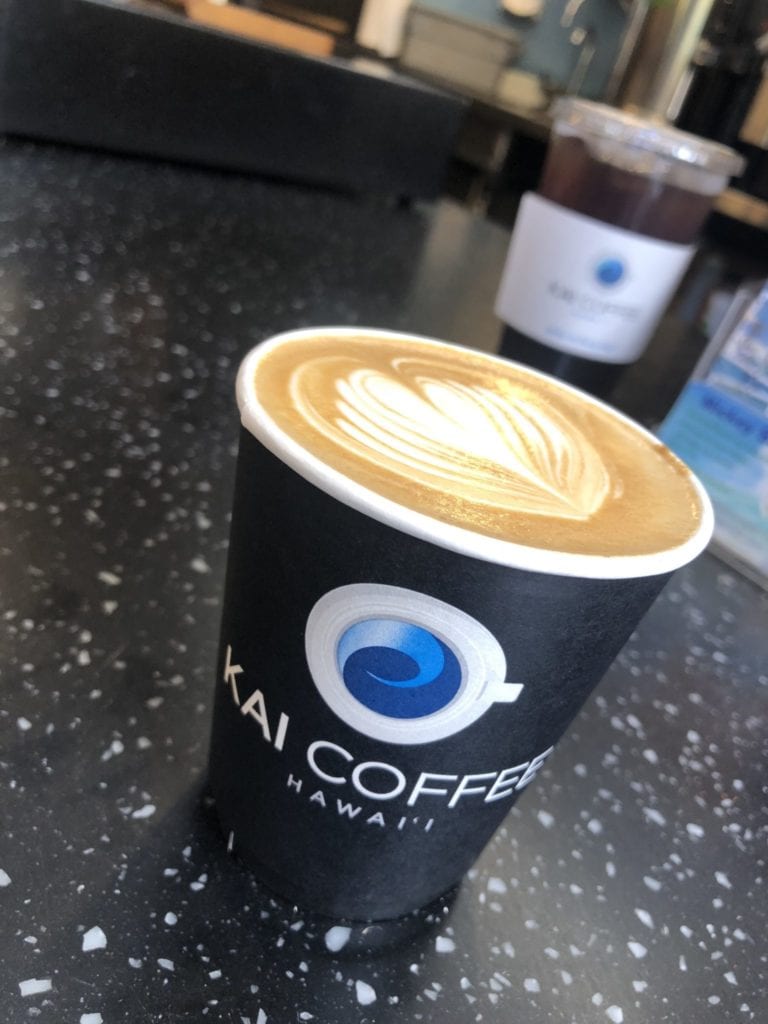 Shave ice is pretty much like water, right? We decided we had to get either ice cream, shave ice, or açaí bowl during this trip at least once, so here we are. A complete hole in the wall, Waiola excels at their mochi balls, which is why I love them! The passionfruit flavor is definitely the way to go. 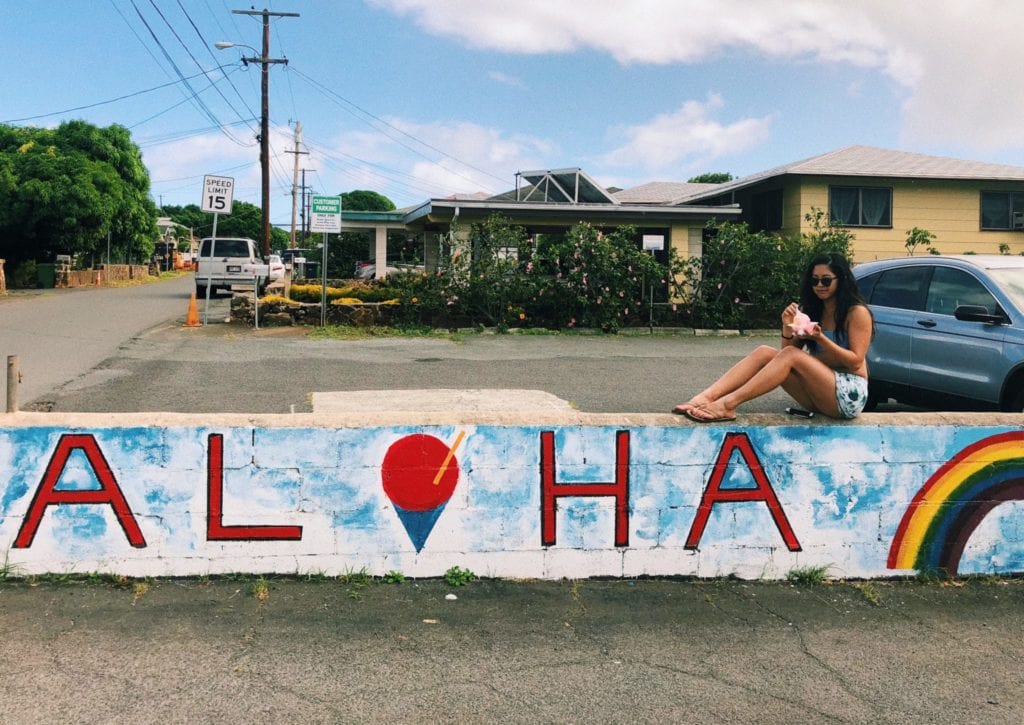 We were so hungry, so we each got our own small portion of poke over rice. This was to be considered dinner #1. I’d say this was one of the best meals of the day so far. Of all the flavors we tried, shoyu and spicy mayo were the ones. Foodland’s shoyu poke is too salty for me, and this was pure perfection. This was my second time getting Ono in life, and I would come back time and time again. 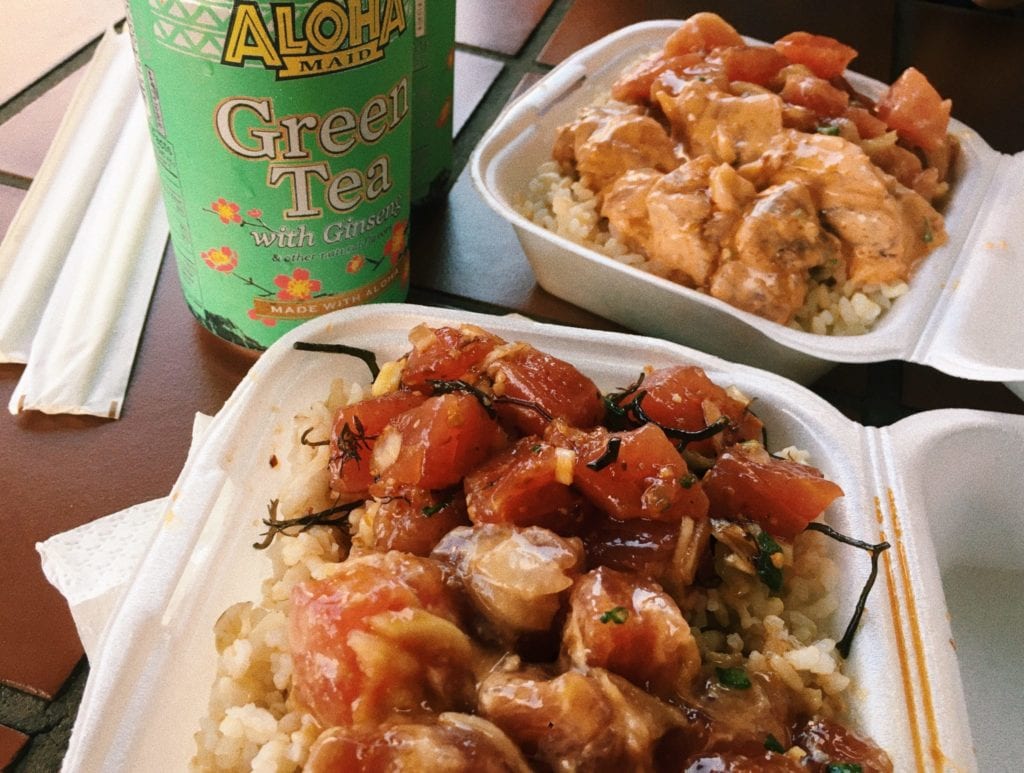 We drove back to the Waikiki area to check out the 88tees store, where my friend wanted to get some shirts for his family. A very cute store selling an assortment of clothing items for men, women, and children. They also had an amazing EDM mix going on, so I got some dancing in while my friend shopped.

Afterward, we hit up about 3-4 grocery stores in search of food souvenirs to bring home. Some of my favorite things to bring home: Coffee beans, li hing mango slices and candy, guava pound cake, butter mochi, lilikoi butter, macadamia nut shortbread cookies. Wherever I go, I always make it a point to browse local grocery stores; dreaming about all the things I could buy and bring home is an entertaining activity in itself.

After shopping, we ate again. Rainbow’s is often considered a must-eat. I wasn’t that impressed, but maybe it’s because I didn’t order their iconic mixed plate. We saw a bunch of people in line ordering the same thing, so I guess that’s where I went wrong. I ordered the loco moco and the chili over rice. Both were just okay, nothing life-changing. A tip I read elsewhere: Order the Mixed Plate. It comes with teriyaki beef, fish and breaded chicken so you get a little bit of everything. As a bonus, ask for gravy on top or on the side if you want an extra kick of flavor. I’ll have to give them another try when I go back in a few months!

Wow, this has been a long day. Before going out again, I needed a quick power nap. We enjoyed some Maui Brewing Company beer from the grocery store before heading out to check out some low-key, local nightlife.

Lots of drunk college students, waitresses walking around with a pizza pie trying to sell slices for $2, karaoke and jukebox music. Quite a sight!

I know what you’re thinking— who goes to McDonald’s in Hawaii? I do, every single time. Their taro pies and haupia pies are top notch and only offered in Hawaii. I’m not a fan of their normal apple pie, but as soon as you substitute taro or haupia instead of apple, I am immediately obsessed. I guess I am just obsessed with taro, haupia (coconut), ube (purple yam) and mochi things in general. The first time I had the haupia pie, I was on Kauai in May. This time around in October, the haupia pie was unavailable and taro was the featured pie flavor. If you ever get the chance, try both!

Read More: Best Hikes On Oahu For Every Type of Person

Last stop was to pick up Yama’s to serve as half lunch / half airport dinner. Of course, I got the laulau and two slices of the sweet potato haupia pie. Just as good as I remembered. 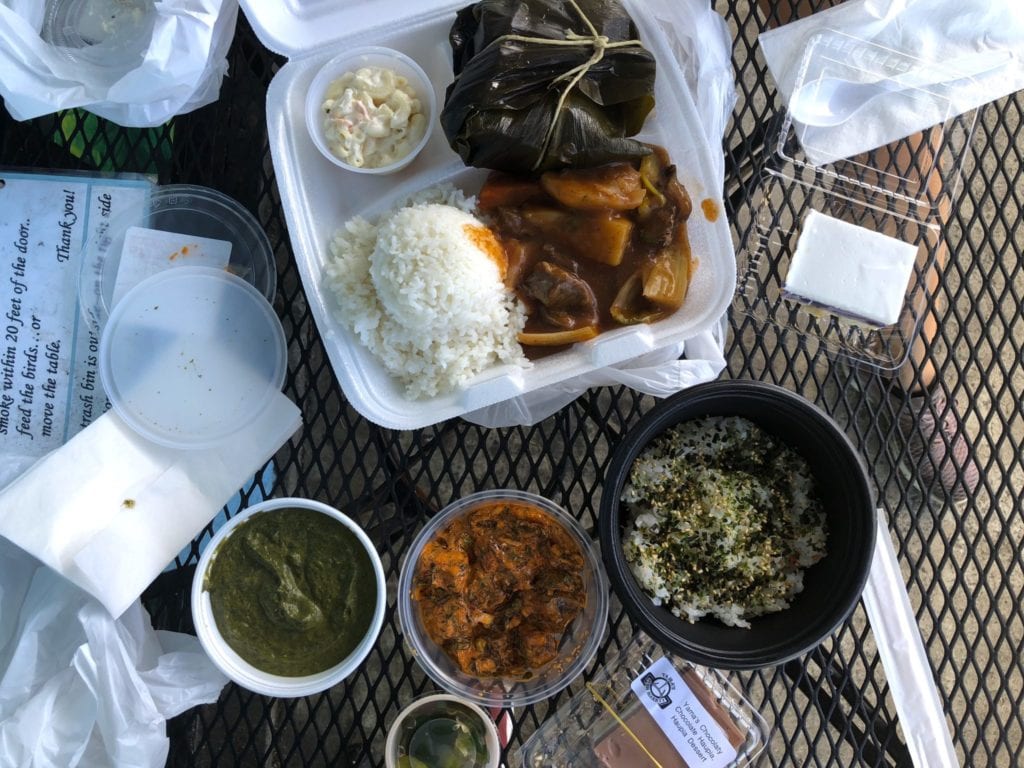 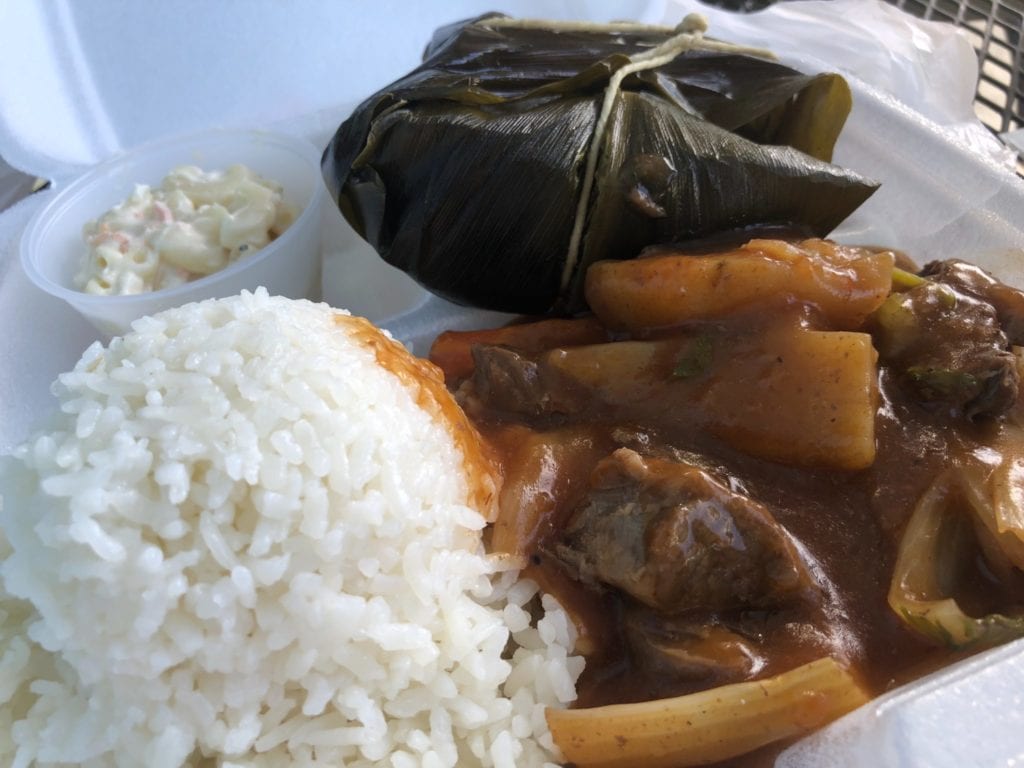 11am: Return rental car, head to the airport.

Went to the airport lounge (which I’m surprised exists since the airport looked so outdated), enjoyed some corn chowder, instant noodle, Honolulu Cookie Company cookies, and some more Maui Brewing Co. beers. Til next time, Hawaii! 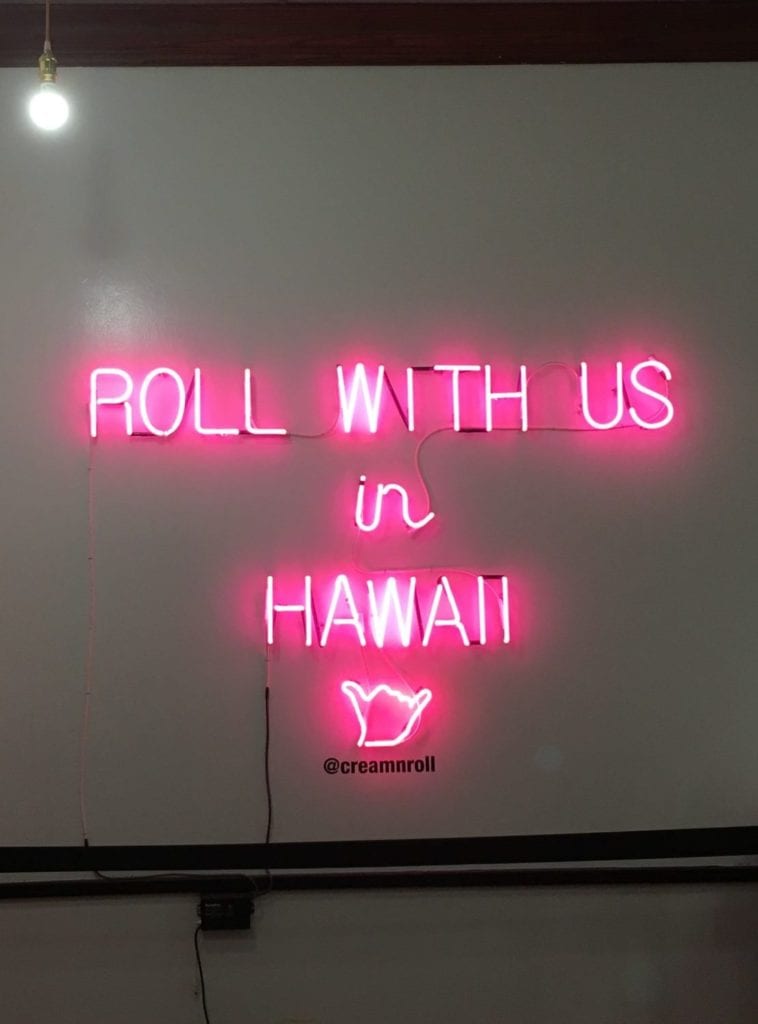 The Packing List for Hawaii and Other Tropical Beach Destinations 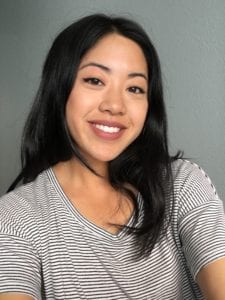 Hi, I’m Elle. I like to travel and save money. My goal is to help busy people like you plan affordable adventures jam-packed with epic views, good food, and memorable cultural experiences. All you need to do is sit back, relax, and prepare yourself to make new memories.
Follow me as I experience new cultures, try new foods, and roam new streets. Here you can find budget travel tips, on-the-road life hacking ideas, and guides to get you to your next trip!

18+ Coolest Things To Do In Big Bear During The Summer